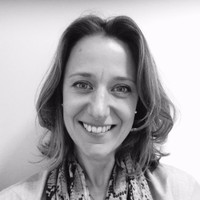 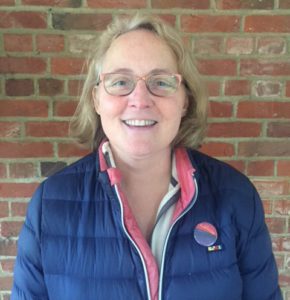 Sarah: The original John Lewis ran a silk shop in the late 1800s. He had two sons: Spedan and his brother. In about 1912-13, Spedan Lewis was riding his horse, in his twenties, and he fell off it. He spent 2 years lying in bed, which gave him a huge amount of time to think. He could see the rise of extremism on the right and the left: fascism and communism. He could see massive social inequalities, and while lying in bed he reflected on the fact that the 300 people his father employed at the time took home less in salary than him, his father and brother. He felt it was not fair and was not stable as society and the political system would not support such massive inequality. He was also a gardener and a natural scientist. During those two years he thought about how to create an ecosystem, so that all the parts of the ecosystem would always try to remain in balance. He thought about the business being one element of this ecosystem (with society, customers, employers, partners, the community…), he was thinking about how to balance all the different forces to remain resilient, like a plant does.

He came up with this idea: if you gave the company to the people working, would the labour work so that their interests are aligned with the interests of the customers? He called it a massive experiment. They had two locations, his dad allowed him to experiment in one of the locations. Spedan experimented with an in-house magazine, investing in better food for employees, and employee welfare. But it was only when his father died that he was able to create the partnership from a legal point of view. 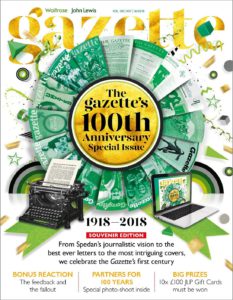 That was the thinking. There is a great video from Spedan in the 1960s, it gives me goose bumps every time I listen to it. He says “experiments like this are very much needed, participating in one can be a very good use of one’s life, I hope that you will feel this more and more as the years pass…” He set up the partnership as a way of saying there are different ways of running things, it doesn’t have to be one or two people owning all the wealth, and everybody else sells their labour.

Katy: It’s very important. We, at BelleVie, are working in self-managing teams, so we don’t have a manager as such. The roles that traditional managers would take are shared among ourselves. In that way, it is very similar to Spedan’s vision of what a company should look like. Are there businesses who copied the employee-ownership model?

Sarah: The Employee-ownership association has been growing recently. A generation of founders who created a business with a passion to solve a problem are looking for ways to keep the spirit alive, and they are worried that selling to a big corporation is going to kill it. Organisations like Richer Sounds are using employee ownership, I think, as a mechanism to say “this is how I would like to define the soul of this organisation”. It’s beyond just making money, it’s about supporting employees to flourish.

Katy: It must be very difficult in a big organisation, as you would want every customer to have the same experience, no matter where they are in the country.

Sarah: That’s what we thought fairness was: everybody gets the same. Everyone getting the same is not necessarily fair. Seeing people as individuals and working out what they need in order to flourish is a much more complicated but more fulfilling way to go.

Katy: It’s very interesting, as a care team, we put the person receiving the care at the heart of what we do, so when people ask me “what do you do in your job?”, I answer “it depends who I’m with, there it no one size fits all”. How do you ensure your employees have a voice?

Sarah: We have three levels of democracy:

Those 58 elected counsellors can, in theory, sack the chairman. That’s all written in the constitution of the business. They are a very powerful force in the partnership.

Katy:  Do you have any advice for small businesses who want to keep staff autonomy and wellbeing at heart?

Sarah: The challenge will be noticing how scale can begin to crowd out other things. How do we give each other feedback? How do we talk about things that don’t go well? As we grow bigger, how do we maintain the level of trust? Our big learning is that we didn’t pay attention to that when we scaled and we are now bringing humans back at the center, we are spending time getting to know each other. We didn’t know that this would get on the side-line. I would prioritise that.

Katy: At the beginning you mentioned that Spedan set up a magazine, does it still exist?

Sarah: It does! It’s the oldest running business magazine, we have copies of all of them in archives.

Katy: Thank you so much for speaking to me and sharing your insight, I’ll go and look up the magazine!